What do you MEAN? 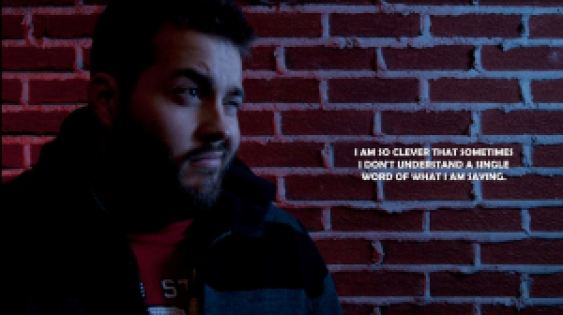 I am privileged to be part of a fantastic book club made up of couples I know from a church we all attended for years. Our current selection is Viktor Frankl’s Man’s Search for Meaning. I had recently heard of Frankl elsewhere, and then someone suggested we read this book. (CoinciGod?) Well, having read most of the book, I can say that Viktor and I would have been fast friends, as we are both hopeful and both believe life inherently has meaning.

For those of you not familiar with his story, Viktor Frankl survived four Nazi concentration camps over three years and the deaths of his young wife and parents. He was a psychiatrist, and a self-described optimist, and he studied how he and his fellow prisoners dealt with the horrors and deprivations of camp life. Some wanted desperately to live, and of that group, some became ruthless in their desperation. He recounts how some of the prisoners worked for the SS guards and could be more brutal than the SS. Others with a strong will to live remained decent and true to their character, even if it meant dying bravely. Others eventually couldn’t take it anymore and would either run into the electrified fences or just refuse to get out of bed one morning. Everyone knew that those people would be dead within two days.

This brings up the question: why were some prisoners able to mentally withstand the camps while others were not? Certainly, inherent personality type plays a role, I would argue. People who readily believe in a better tomorrow, who look for a silver lining, or who are too ornery to let someone else determine their fate–these folks would have a better shot, I think, than people who naturally see the cup half-empty, who are naturally disposed to melancholy or who feel that the world is against them.

But Frankl went deeper. He was looking for a meta-explanation, and he found it in the concept that humanity’s primary focus is a search for meaning in one’s life, or the “will to meaning.” This was contrary to the prevailing schools of psychological thought at the time, described in Freud’s “will to pleasure” and Adler’s “will to power.” Rather than being driven by pleasure or power, humans are first and foremost concerned with finding a meaning to their existence. If they could find meaning in their lives, even in the midst of suffering, they were likely to live satisfied lives. If they couldn’t, people lapsed into pointless pleasures, addiction, or despair.

He witnessed this firsthand in the camps. People who could see no meaning in their seemingly relentless suffering lost their will to live. But the prisoners who found life meaningful even in the midst of suffering struggled on. Some survived, and some were able to die bravely, knowing that even how they died was meaningful.

Inherent in Frankl’s premise is the idea that human life has meaning, that each person is worthwhile, that there is an ultimate purpose to life. The book’s original German title was Nevertheless, Say “Yes” to Life: A Psychologist Experiences the Concentration Camp. In other words, even though you have heard of or directly experienced Nazi atrocities, choose to live.

I agree with Frankl’s premise, and with his conclusion, though I may take his ideas in a different direction. We are, to quote a personal development program, meaning-making machines. We want to understand why bad things happen to good people. We want there to be a reason for natural disasters and disappearing airplanes. We don’t want the universe, and therefore our existence, to merely be an arbitrary, chaotic series of events–because that would be meaningless. And that idea scares us more than anything else.

I believe that life has meaning because God is not arbitrary or chaotic. He created a universe that has laws–laws of physics and of love. He did not and does not create meaningless things. Everything has its place and purpose and beauty. If you exist, you have meaning. If you exist, you are loved.

That is the primary, primal meaning of all humans. This is our general destiny. Each human also has a specific destiny, a particular dream God has dreamed for each life. It is our privilege to discover that specific destiny. It cannot be known apart from knowing ourselves deeply, and we cannot know ourselves deeply apart from knowing God. This Thomas Merton quote I found in the wonderful book The Gift of Being Yourself says it well:

“There is only one problem on which all my existence, my peace and my happiness depend: to discover myself in discovering God. If I find Him I will find myself and if I find my true self I will find Him.”

We also have a specific destiny, a particular dream God has dreamed for each life. It is our privilege and challenge to discover what that is so that we can live out that dream and become our true selves. If we don’t know yet what that dream is, the surest way to find out is to spend more time in the presence of the One who dreamed it. But may we remember that, while we are discovering that dream, our lives have meaning every second of every day.