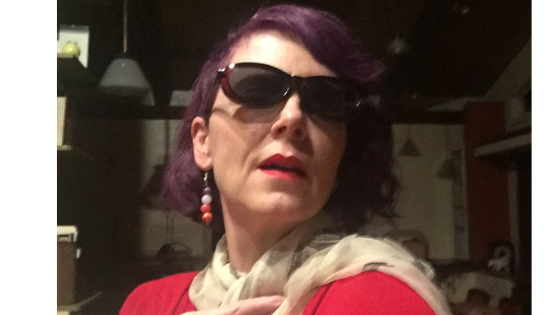 What is an Enneagram Type 4?

Riso & Hudson call this type The Individualist. They expand on this title by calling Fours “The Sensitive, Introspective Type: Expressive, Dramatic, Self-Absorbed, and Temperamental. Fours are part of the Heart Center, along with Twos and Threes. They take in the world through their emotions. Heart types are focused on image, and their underlying emotion is shame. They have shame about who they are at the core of their being because of the particular lie they believe, their Basic Fear. For Fours, it’s the fear that that they have no identity or personal significance.

Fours are a Withdrawn type, along with Fives and Nines. This means they can get overwhelmed by what’s going on around them and need to withdraw from external stimulation. Some Fours can be seen as loners for this reason. They often feel like no one understands them and that they don’t belong in this strange world of beings who aren’t like them. They have a deep sense that they are fundamentally flawed and so can’t be like other people. This leads to the vice of the Four, envy.

What is an Enneagram Type 3?

To make sense of the Three’s influence on the Four, I’ll quickly hit the high-level overview of this type. Three is The Achiever, according to Riso & Hudson. Threes are also a Head type, concerned with image and struggling with shame. Threes try to overcome this shame by demonstrating excellence in all they do. They will do whatever it takes to succeed and demonstrate to others how worthy of love they are. R & H say they are “The Success-Oriented, Pragmatic Type: Adaptive, Excelling, Driven, and Image-Conscious.”

What is an Enneagram Wing?

One of the things that’s so cool about the Enneagram is that it accounts for so many variations in people’s personalities. You may know a Four who acts one way and another Four who acts a bit differently. That’s the influence of the wing. The wing is just the type on either side of the primary personality type that exerts the most influence.

For the Four, then, the wing options are Three and Five. The wing influences behavior in the Four, not core motivations.

So, now let’s look at the reason you came to this blog post! The 4w3 is an Individualist whose behavior is being influenced more by the Achiever than by the Investigator (Five). This doesn’t mean the Five wing has no influence – just that the Three wing holds most of the cards.

So, what behaviors emerge in a Four influenced by The Achiever? Fours with a Three wing need attention and admiration, which motivates their actions. They’re called Aristocrat because they emphasize taste, refinement, class and being accomplished. This type is more emotionally volatile and contradictory than the 4w5, partly because the latter kind of Four is also a Withdrawn type, whereas Three is Assertive and needs people around to notice their accomplishments. So, this Withdrawn/Assertive energy is an internal strain – which may account for the emotion volatility.

4w3 and the Levels of Development

The book Personality Types shows what the 4w3 looks like at each of the three main Levels of Development: Healthy, Average and Unhealthy. Here’s a brief but concise description of each.

Healthy Fours with a Three wing overcome their natural tendency to remain private and not take action; they want to achieve things and improve themselves. This necessarily involves other people, so 4w3s are more social and goal-oriented than 4w5s. They’re usually more socially adept, too. Both wings want to create, but the 4w3 creates with an audience in mind and is willing to do the hard work to successfully realize their unique vision.

Average Fours with a Three wing can be self-absorbed but overcome it because the Three wing causes them to give more importance to what others think of them. Using that Three wing, Aristocrats can more easily project a favorable image and better hide their emotional vulnerability. They are competitive but fear success because it may lead to humiliation. Since both Four and Three have a heightened romantic sensibility, which increases the sense of drama in their lives. 4w3s like to create an environment populated by things that demonstrate their good taste and refinement.

Unhealthy Fours with a Three wing turn on themselves when overpowered by disappointments. They feel even more alienated than usual, self-hating and depressed. They may act like unhealthy Threes, too – hostile, jealous and opportunistic. They may contemplate ruining others but rarely act on it, as their contempt is mainly turned inward. At this level, 4w3s need professional care.

Though it’s always a little dicey to type other people, it’s also helpful for others to see examples of well-known people to get a general sense of what a particular type is like. So, here are a few examples of famous Enneagram 4w3s: Prince, Judy Garland, Michael Jackson, Paul Simon, Jackie Onassis, Sarah McLachlan.

I hope this post gives you enough to get started in your understanding of what it means to be an Enneagram Type 4 Wing 3. For more in-depth analysis, please see Personality Types by Riso & Hudson.The name “Aristocrat” seems like a lovely, elegant existence, but as you see from the above, it can be full of struggles and shame. May this increase your compassion for 4w3s, as well as for all the other types and their wings. We truly are all fighting a hard battle.

For more information on discovering your true identity and purpose, check out these digital programs I’ve created to help you along your spiritual journey.